Logitech’s retail sales for Q2 FY 2012 increased by 2 percent, with an increase in Asia of 22 percent, and a decrease in the Americas and EMEA of 1 percent. OEM sales decreased by 17 percent. Sales for the LifeSize division grew 19 percent.

“Our Q2 results are consistent with our expectations and the full-year outlook we presented on September 22,” said Guerrino De Luca, Logitech chairman of the board and acting president and chief executive officer. “As we focus on reinvigorating our product offerings and executing in sales and marketing, we expect our initiatives will begin to contribute to improved performance as we move through the second half of FY 2012.”

Share Repurchase Program
Logitech has applied for an amendment of its $250 million buyback program to enable the future repurchase of shares for cancellation. The amendment is subject to the approval of the Swiss regulatory authorities. The Company has approximately $177 million remaining under the program after repurchasing approximately 7.6 million shares for a total of $73 million during Q2 FY 2012.

Financial Results Teleconference and Webcast
Logitech will hold a financial results teleconference to discuss the results for Q2 and the Company’s outlook on Thursday, Oct. 27, 2011 at 8:30 a.m. Eastern Daylight Time and 14:30 Central European Summer Time. A live webcast of the call will be available on the Logitech corporate website at http://ir.logitech.com.

This press release contains forward-looking statements, including the statements regarding anticipated sales, operating income and gross margin for FY 2012, gross margin for the second half of FY 2012, and the impact of our product offering and sales and marketing initiatives on future performance. The forward-looking statements in this release involve risks and uncertainties that could cause Logitech’s actual results to differ materially from that anticipated in these forward-looking statements. Factors that could cause actual results to differ materially include: the demand of our customers and our consumers for our products and our ability to accurately forecast it; if our investment prioritization decisions do not result in the sales or profitability growth we expect, or when we expect it; the effect of pricing, product, marketing and other initiatives by our competitors, and our reaction to them, on our sales, gross margins and profitability; the sales mix among our lower- and higher-margin products and our geographic sales mix; if our product offerings and marketing activities do not result in the sales and profitability growth we expect, or when we expect it; if we fail to take advantage of trends in the consumer electronics and personal computers industries, including the growth of mobile computing devices such as smartphones and tablets with touch interfaces, or if significant demand for peripherals to use with tablets and other mobile devices with touch interfaces does not develop; if there is a deterioration of business and economic conditions in one or more of our sales regions or operating segments, or significant fluctuations in currency exchange rates; if the sales growth in emerging markets for our PC peripherals and other products does not increase as much as we expect; if our operational changes in our EMEA sales region are not completed when we expect, or do not result in the sales improvement in EMEA we expect; the adverse conclusion of one or more ongoing tax audits in various jurisdictions and a material assessment by a governing tax authority that adversely affects our profitability; competition in the video conferencing and communications industry, including from companies with significantly greater resources, sales and marketing organizations, installed base and name recognition; as well as those additional factors set forth in Logitech’s periodic filings with the Securities and Exchange Commission, including our Annual Report on Form 10-K for the fiscal year ended March 31, 2011 our Quarterly Report on Form 10-Q for the fiscal quarter ended June 30, 2011, and the Quarterly Report on Form 10-Q we intend to file for the fiscal quarter ended September 30, 2011, available at www.sec.gov. Logitech does not undertake to update any forward-looking statements, which speak as of their respective dates. 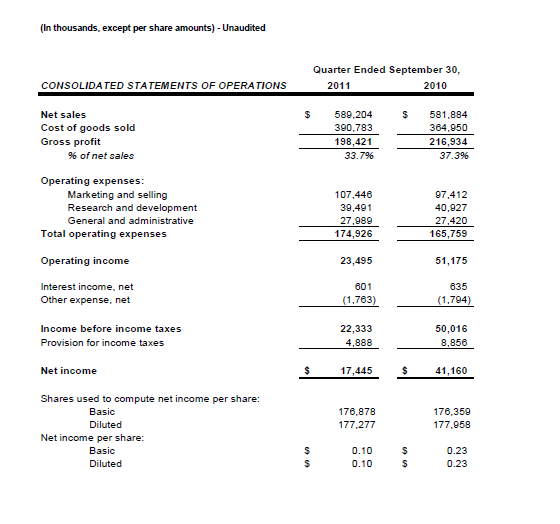 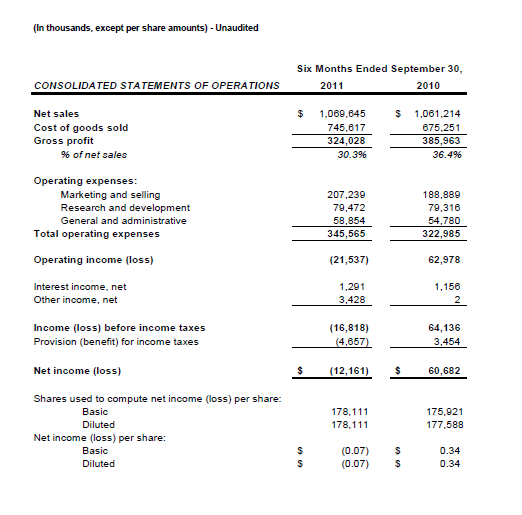 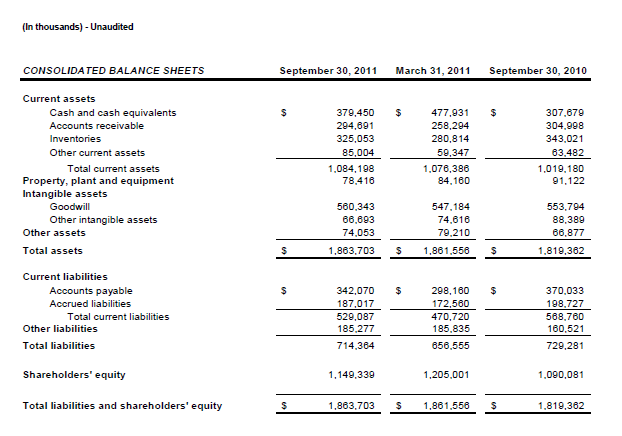 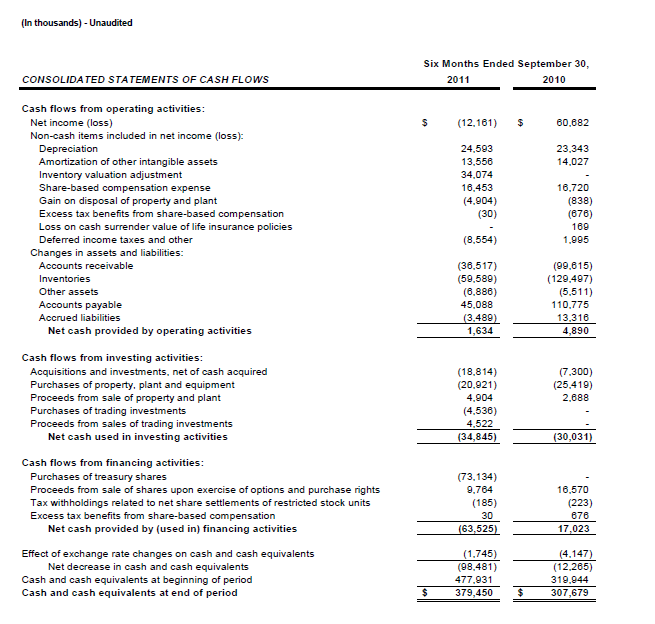 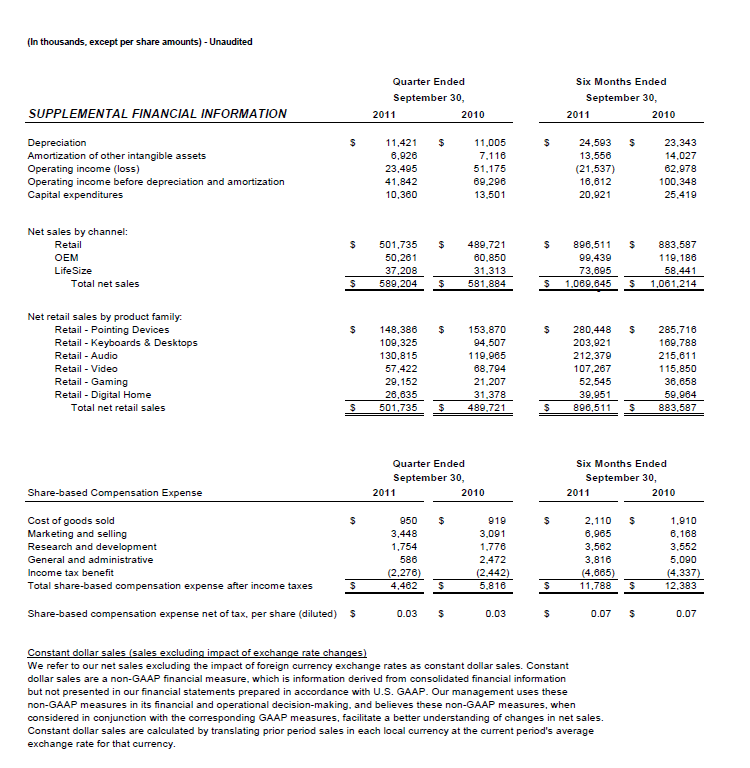