“Logitech’s Fiscal Year 2011 is off to a strong start,” stated Gerald P. Quindlen, Logitech president and chief executive officer. “We exceeded our sales and profitability targets and achieved our best-ever Q1 gross margin. And we had robust growth in most of our retail product categories, led by Harmony remotes and pointing devices. Based on our strong Q1 performance and improving consumer demand for our products, we are increasingly optimistic about our full-year performance for Fiscal Year 2011 and have raised our outlook accordingly. Furthermore, we are enthusiastic about the pending launch of Logitech products for Google TV and the potential for further upside to our FY11 sales outlook.”

Earnings Teleconference and Webcast
Logitech will hold an earnings teleconference on Thursday, July 29, 2010 at 8:30 a.m. Eastern Daylight Time and 14:30 Central European Summer Time. A live webcast of the call, along with presentation slides, will be available on the Logitech corporate Web site at http://ir.logitech.com.

# # #
This press release contains forward-looking statements, including the statements regarding anticipated sales, operating income, gross margin and tax rate for FY 2011, the potential for future upside to Logitech’s FY 11 sales outlook, and the launch of products for Google TV. The forward-looking statements in this release involve risks and uncertainties that could cause Logitech’s actual results to differ materially from that anticipated in these forward-looking statements. Factors that could cause actual results to differ materially include: our inability to predict the strength of the improvement in our business, operating results and financial condition; the demand of our customers and our consumers for our products and our ability to accurately forecast it; consumer reaction to our new products; the effect of pricing, product, marketing and other initiatives by our competitors, and our reaction to them, on our sales, gross margins and profitability; if we fail to take advantage of long-term trends in the consumer electronics and personal computers industries; if we fail to successfully innovate in our current and emerging product categories and identify new feature or product opportunities; the sales mix among our lower- and higher-margin products and our geographic sales mix; if we fail to execute upon our long-term strategic plans and opportunities; Google TV and our products for the new platform being released in a timely fashion, and U.S. consumer reaction to and demand for Google TV and our products for it; our product introductions and marketing activities not resulting in the product or category growth we expect, or when we expect it; competition in the video conferencing and communications industry, including from companies with significantly greater resources, sales and marketing organizations, installed base and name recognition; as well as those additional factors set forth in Logitech’s periodic filings with the Securities and Exchange Commission, including our Annual Report on Form 10-K for the fiscal year ended March 31, 2010, and our subsequent Quarterly Reports on Form 10-Q available at www.sec.gov. Logitech does not undertake to update any forward-looking statements. 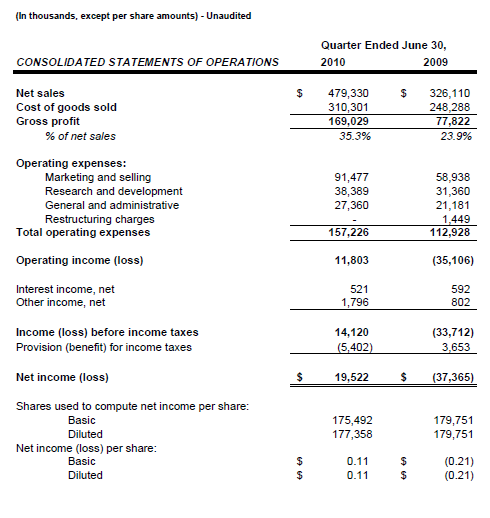 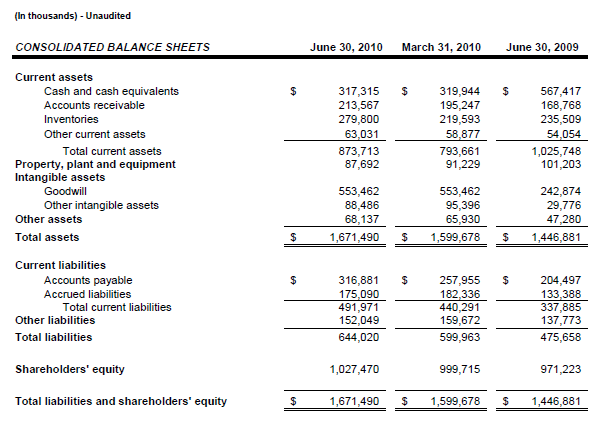 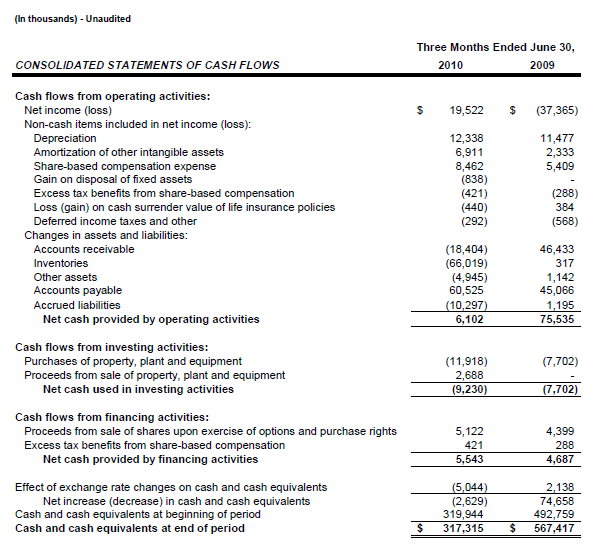 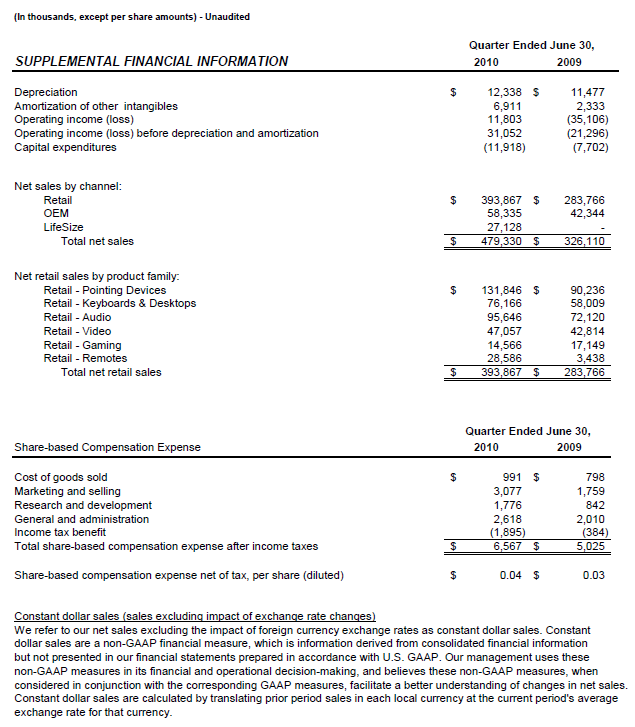