Sales for Q1 FY 2012 were $480 million compared to $479 million in Q1 FY 2011. Excluding the favorable impact of exchange rate changes, sales declined by 4 percent year over year. The Company posted an operating loss of $45 million, compared to operating income of $12 million in the same quarter a year ago. Included in Logitech’s Q1 FY 2012 operating loss is a $34 million charge to cost of goods sold due to a planned price reduction on Logitech Revue with Google TV. The net loss for Q1 FY 2012 was $30 million ($0.17 per share) compared to net income of $20 million ($0.11 per share) in Q1 of FY 2011. Gross margin for Q1 FY 2012, reflecting the charge related to repricing of Logitech Revue, was 26.1 percent, down from 35.3 percent one year ago.

Logitech’s retail sales for Q1 FY 2012 were flat year over year, with an increase in Asia of 29 percent, an increase in the Americas of 1 percent, and a decrease in EMEA of 14 percent. OEM sales decreased by 16 percent. Sales for the LifeSize division grew 34 percent.

In Q1, Logitech achieved strong growth in Asia, driven primarily by China. Also notable for the first quarter was continued sales momentum by the LifeSize division and a positive initial reception of the Company’s new tablet accessories.

While Logitech is making progress in improving operations in the Company’s EMEA sales region, the Q1 performance reflects sustained weakness in the region. The Company also experienced minimal sales growth in its Americas region, primarily due to very weak sales in the Digital Home category. Logitech’s loss in Q1 was compounded by the significant impact of the decision to reduce the price of Logitech Revue from $249 to $99 during Q2. The action was taken with the goal of accelerating adoption of the Google TV platform by removing price as a barrier to broad consumer acceptance.

“I resume my former role as CEO, on an acting basis, with unwavering commitment to Logitech and strong confidence in the Company’s future and growth potential,” said Guerrino De Luca. “My priorities will be to pursue our many opportunities with a strong sense of urgency and to renew the confidence in Logitech among all stakeholders.”

Financial Results Teleconference and Webcast
Logitech will hold a financial results teleconference on Thursday, July 28, 2011 at 8:30 a.m. Eastern Daylight Time and 14:30 Central European Summer Time. A live webcast of the call, along with presentation slides, will be available on the Logitech corporate Web site at http://ir.logitech.com.

# # #
This press release contains forward-looking statements, including the statements regarding anticipated sales and operating income for FY 2012 and the goal of the Logitech Revue price drop. The forward-looking statements in this release involve risks and uncertainties that could cause Logitech’s actual results to differ materially from that anticipated in these forward-looking statements. Factors that could cause actual results to differ materially include: the demand of our customers and our consumers for our products and our ability to accurately forecast it; if our investment prioritization decisions do not result in the sales or profitability growth we expect, or when we expect it; the effect of pricing, product, marketing and other initiatives by our competitors, and our reaction to them, on our sales, gross margins and profitability; the sales mix among our lower- and higher-margin products and our geographic sales mix; if our product introductions and marketing activities do not result in the sales and profitability growth we expect, or when we expect it; if the Logitech Revue price drop does not achieve its intended goal; if we fail to take advantage of trends in the consumer electronics and personal computers industries, including the growth of mobile computing devices such as smartphones and tablets with touch interfaces, or if significant demand for peripherals to use with tablets and other mobile devices with touch interfaces does not develop; if there is a deterioration of business and economic conditions in one or more of our sales regions, or significant fluctuations in currency exchange rates; competition in the video conferencing and communications industry, including from companies with significantly greater resources, sales and marketing organizations, installed base and name recognition; as well as those additional factors set forth in Logitech’s periodic filings with the Securities and Exchange Commission, including our Annual Report on Form 10-K for the fiscal year ended March 31, 2011 available at www.sec.gov. Logitech does not undertake to update any forward-looking statements, which speak as of their respective dates.


Logitech, the Logitech logo, and other Logitech marks are registered in Switzerland and other countries. All other trademarks are the property of their respective owners. For more information about Logitech and its products, visit the company’s Web site at www.logitech.com. 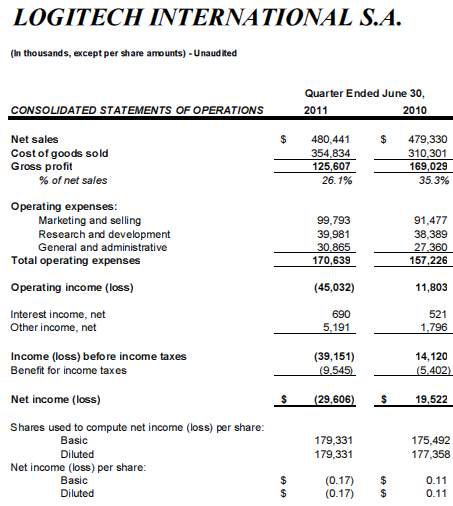 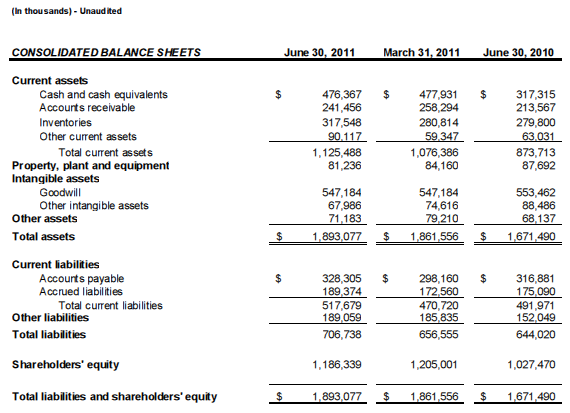 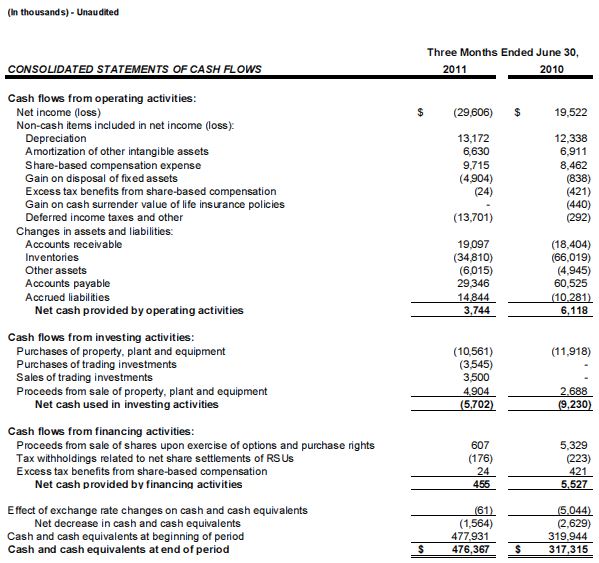 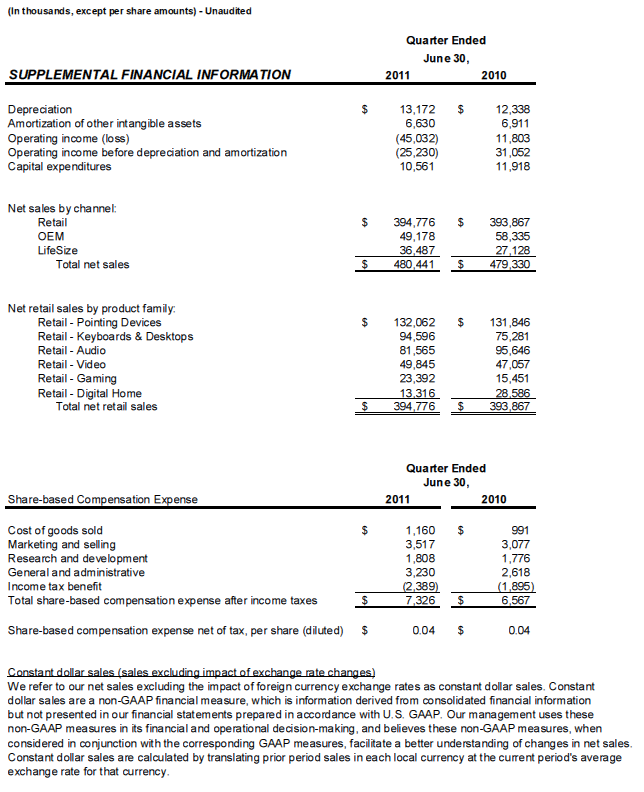