Gross margin for the quarter was 30.8 percent, compared to 26.1 percent in the same quarter one year ago. Gross margin in the current year was negatively impacted by the combination of restructuring-related costs, the acceleration of actions taken to streamline the product portfolio, a provision for a likely settlement of a patent dispute, and a weaker euro.

Logitech’s retail sales for Q1 FY 2013 were flat year over year, with an increase in EMEA of 17 percent, flat sales in Asia, and a decrease in the Americas of 11 percent. OEM sales decreased by 25 percent. Sales for the LifeSize division increased by 1 percent.

”Our Q1 FY 2013 results are consistent with our expectations,” said Guerrino De Luca, Logitech chairman and chief executive officer. “We are in the middle of our turnaround, with most of the plans we put in place in past quarters expected to bear fruit beginning in the second half of FY 2013. And we incurred several one-time charges in the first quarter that are expected to positively impact future profitability. I’m also very pleased by the strong initial sales of the new generation of products recently added to our portfolio, such as the Logitech Ultrathin Keyboard Cover and our wireless speakers for digital music.

“The majority of our new products, targeting consumer trends in music, tablets, touch-based navigation and the digital home, will be launched in Q2 and early Q3, as we prepare for the holiday selling season. In addition to strengthening our product portfolio, we continue to expect to benefit from the simplification of our organization and processes, and cost savings from the restructuring. We remain on track with the plan we set a quarter ago to deliver improved performance starting in the second half of Fiscal Year 2013.”

Financial Results Teleconference and Webcast
Logitech will hold a financial results teleconference to discuss the results for Q1 FY 2013 on Thursday, July 26, 2012 at 8:30 a.m. Eastern Daylight Time and 14:30 Central European Summer Time. A live webcast of the call will be available on the Logitech corporate website at http://ir.logitech.com.

This press release contains forward-looking statements within the meaning of the federal securities laws, including, without limitation, statements regarding: the stage, timing, effect and timing of the effect of our turnaround, our new products, the target categories for our new products, the timing of new product launches, the strength of our product portfolio, the benefits from the simplification of our organization and processes, the charges and cost savings from our restructuring, financial performance starting in the second half of Fiscal Year 2013, and future profitability. The forward-looking statements in this release involve risks and uncertainties that could cause Logitech’s actual results and events to differ materially from those anticipated in these forward-looking statements, including, without limitation: if our product offerings, marketing activities and investment prioritization decisions do not result in the sales, profitability or profitability growth we expect, or when we expect it; the demand of our customers and our consumers for our products and our ability to accurately forecast it; if we fail to innovate and develop new products in a timely and cost-effective manner for our new and existing product categories; if we do not successfully execute on our growth opportunities in our new product categories and sales in emerging market geographies; if sales of PC peripherals in mature markets are less than we expect; the effect of pricing, product, marketing and other initiatives by our competitors, and our reaction to them, on our sales, gross margins and profitability; if our products and marketing strategies fail to separate our products from competitors’ products; if there is a deterioration of business and economic conditions in one or more of our sales regions or operating segments, or significant fluctuations in exchange rates; if the restructuring fails to produce the intended performance and cost savings results or is not implemented in the contemplated timeframe. A detailed discussion of these and other risks and uncertainties that could cause actual results and events to differ materially from such forward-looking statements is included in Logitech’s periodic filings with the Securities and Exchange Commission, including our Annual Report on Form 10-K for the fiscal year ended March 31, 2012, available at www.sec.gov., under the caption Risk Factors and elsewhere. Logitech does not undertake any obligation to update any forward-looking statements to reflect new information or events or circumstances occurring after the date of this press release. 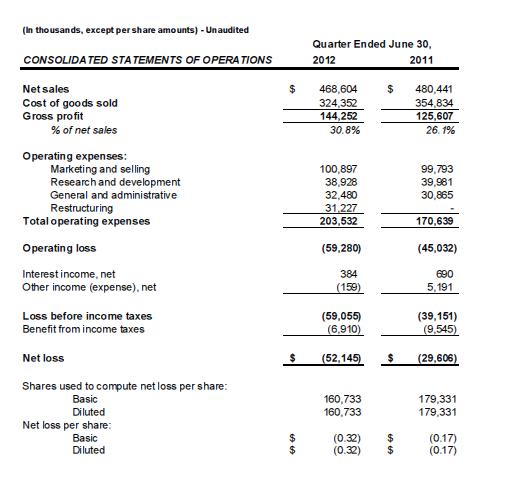 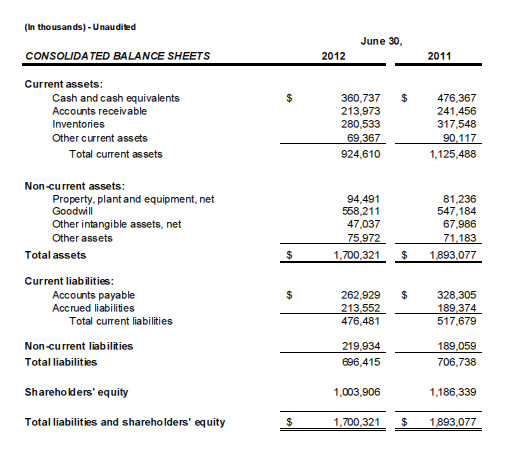 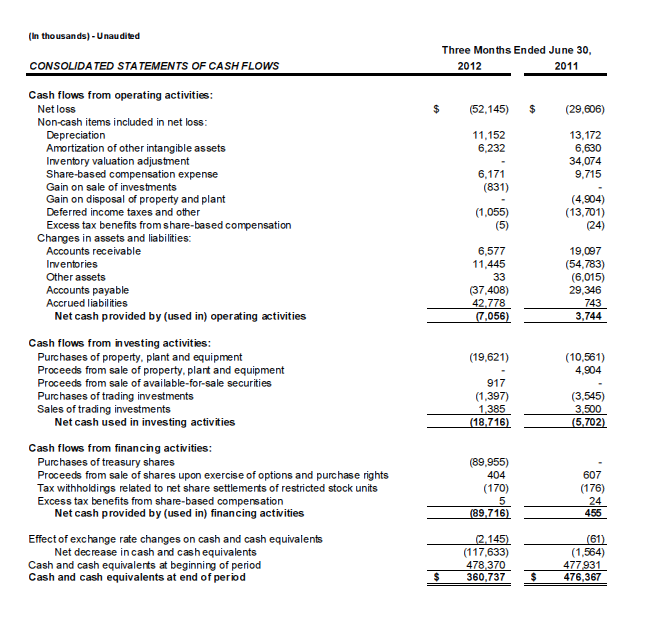 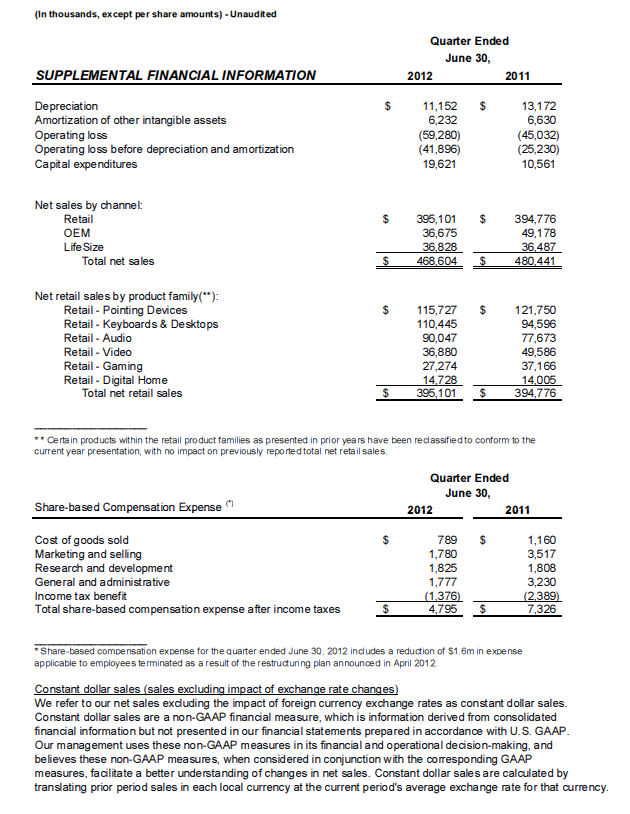