Logitech’s retail sales for Q4 FY 2011 grew by 2 percent year over year, with an increase in Asia of 32 percent, an increase in the Americas of 11 percent, and a decrease in EMEA of 17 percent. OEM sales decreased by 10 percent. Sales for the LifeSize division grew 88 percent, reaching a record high for a quarter.

“FY 2011 was a strong year for the company, with sales growth of 20 percent and operating income nearly doubling, driven by our LifeSize division and our Americas and Asia retail regions,” said Gerald P. Quindlen, Logitech president and chief executive officer. “The disappointing conclusion to FY 2011 – which resulted in lower-than expected full-year sales, operating income and gross margin – was due to weaker than anticipated demand in the second half of Q4 for our products in EMEA. The weakness in demand in EMEA was compounded by poor execution of channel pricing and promotional programs within the region, which we have begun to remedy.”

Prepared Remarks Available Online
Logitech has made its prepared written remarks for the results teleconference available online on the Logitech corporate Web site at http://ir.logitech.com. The remarks are posted in the Calendar section on the Investor home page.

Results Teleconference and Webcast
Logitech will hold a results teleconference on Thursday, April 28, 2011 at 8:30 a.m. Eastern Daylight Time and 14:30 Central European Summer Time. A live webcast of the call, along with presentation slides, will be available on the Logitech corporate Web site at http://ir.logitech.com.

# # #
This press release contains forward-looking statements, including the statements regarding anticipated sales, operating income, gross margin and tax rate for FY 2012. The forward-looking statements in this release involve risks and uncertainties that could cause Logitech’s actual results to differ materially from that anticipated in these forward-looking statements. Factors that could cause actual results to differ materially include: the demand of our customers and our consumers for our products and our ability to accurately forecast it; if our decisions to prioritize investments in our LifeSize division, in growing our sales and marketing in China and other high potential emerging markets, in peripherals for tablets, and in our other investment priorities, do not result in the sales or profitability growth we expect, or when we expect it; the effect of pricing, product, marketing and other initiatives by our competitors, and our reaction to them, on our sales, gross margins and profitability; the sales mix among our lower- and higher-margin products and our geographic sales mix; if our product introductions and marketing activities do not result in the sales and profitability growth we expect, or when we expect it; if we fail to take advantage of trends in the consumer electronics and personal computers industries, including the growth of mobile computing devices such as smartphones and tablets with touch interfaces, or if significant demand for peripherals to use with tablets and other mobile devices with touch interfaces does not develop; if there is a deterioration of business and economic conditions or significant fluctuations in currency exchange rates; competition in the video conferencing and communications industry, including from companies with significantly greater resources, sales and marketing organizations, installed base and name recognition; as well as those additional factors set forth in Logitech’s periodic filings with the Securities and Exchange Commission, including our Annual Report on Form 10-K for the fiscal year ended March 31, 2010, and our Quarterly Report on Form 10-Q for the quarters ended June 30, 2010, September 30, 2010 and December 31, 2010 available at www.sec.gov. Logitech does not undertake to update any forward-looking statements.


Logitech, the Logitech logo, and other Logitech marks are registered in Switzerland and other countries. All other trademarks are the property of their respective owners. For more information about Logitech and its products, visit the company’s website at www.logitech.com. 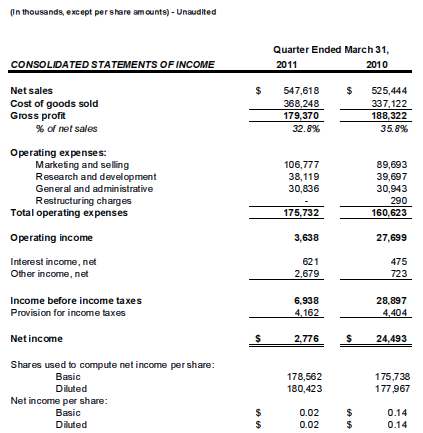 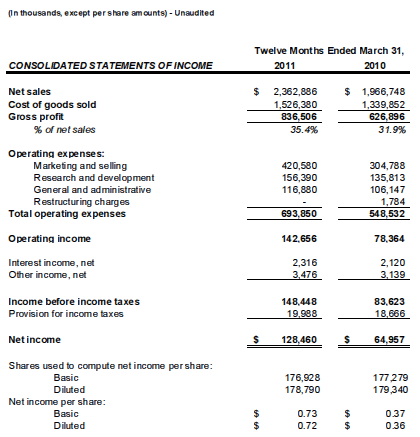 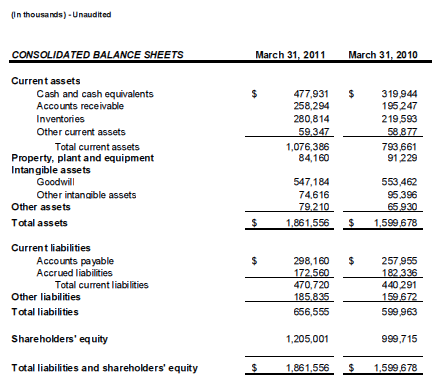 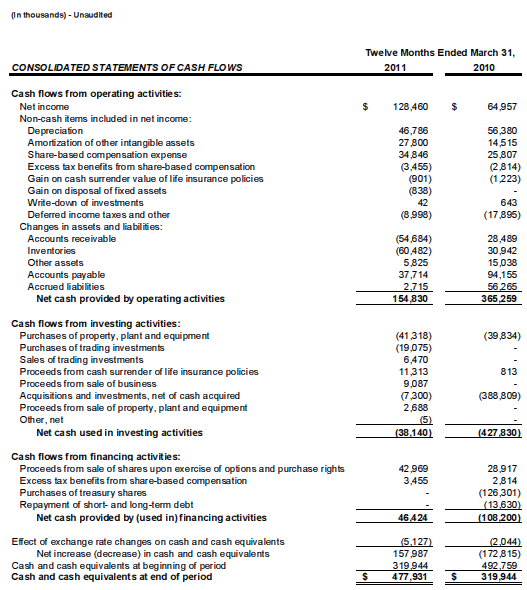 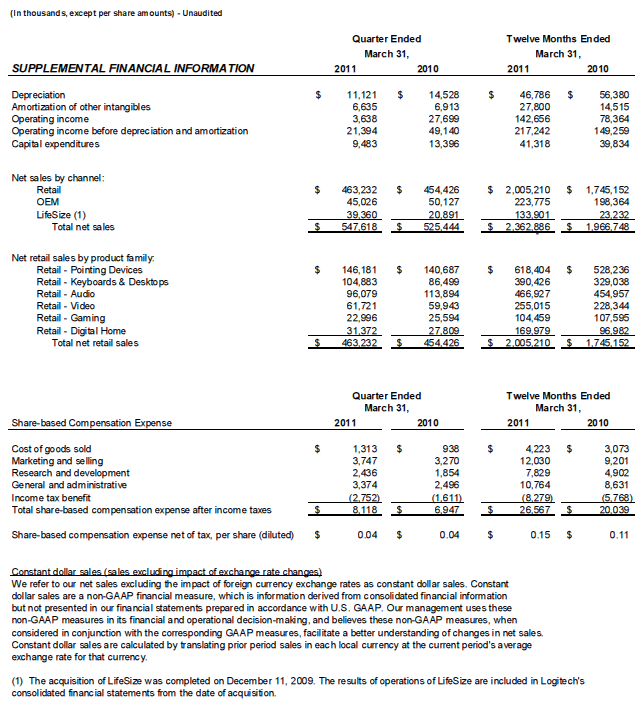